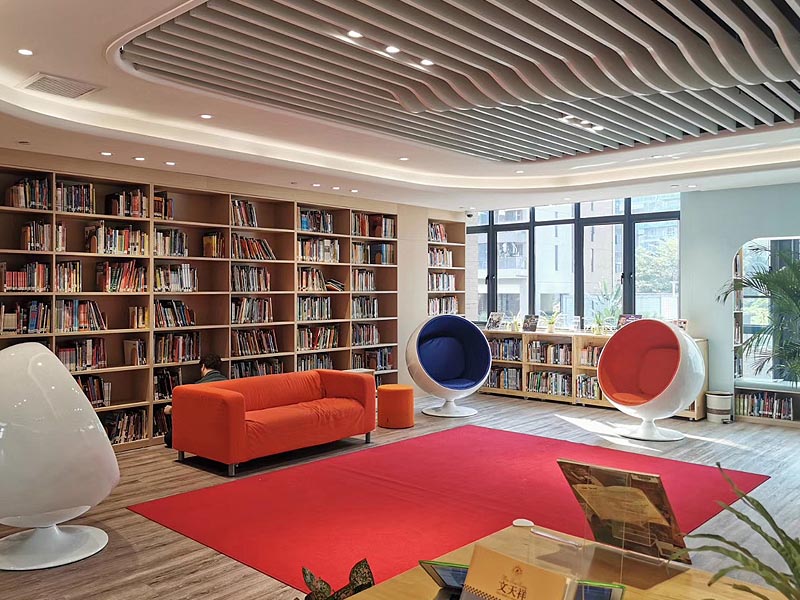 Building a Learning Community of the Future

From its foundation, Shen Wai International School (SWIS) has been committed to building physical environments that support 21st century teaching and learning. Examples of this commitment can be seen in the Early Years and Primary Division break-out spaces, the multifunction nature of the SWIS-Hans Gallery, the flow of the SWIS Library and design rooms that inspire inquiry learning.

As part of this commitment to build environments that support 21st century learning, SWIS sent members of its leadership team to The Learning Environments for Tomorrow (“LEFT”) program hosted by the Harvard Graduate School of Education, to further explore ways to build spaces that better serve the needs of SWIS programs. SWIS was the only school from the greater China region to attend these sessions.

The LEFT Program
Participants in the program worked in teams to conduct an in-depth study into what is known as the Five Principles (5P). The 5Ps are People, Program, Principles, Plan, and Prototype. The biggest takeaway from the LEFT program is that “people” is the most important principle. It was clear that listening to, and meeting the needs of, every member in the community is the most important aspect of the design process. Under the guidance of Professor Daniel Wilson, participants dug deeper into the process of linking educational goals to design principles. The teams applied the principles to their local building projects, and worked with other teams in a “design studio” environment to grapple with questions such as: What are the core objectives and features of our curriculum? How can new visions of learning environments best support the people we serve? What might be the key design patterns and diagrams that would best represent how our goals are realized?

Using project-based methodology, the LEFT program asked its participants to develop a project proposal that improves a learning environment. The SWIS team put its focus on the improvement plan for a loft space in the SWIS cafeteria. The team’s goal was to turn this space into a multi-functional space suitable for both learning and dinning.

Using the Principles as well as the feedback and comments from peers in the group, the team created a design that satisfied a variety of educational needs. The design included furniture on wheels so students and teachers could reconfigure the space to respond to the various learning/dining requirements. The design addressed various seating styles and numbers that the space would cater for. It also called for features such as removable floor-to-ceiling whiteboards to replace traditional brick walls that could create both private spaces and spacious open areas when needed. The SWIS team then presented the design to the larger group for feedback.

During this program of study, the SWIS team also presented features of SWIS’s facilities to architectures, educators and designers from around the world. The SWIS team also shared the design and implementation stories behind each project. Other educators were very impressed by SWIS’s achievements. The SWIS team was very proud of the feedback it received on the development of the SWIS-HAN Gallery.

The gallery has been open for just over a year and has steadily played host to many events for students, staff and visiting artists. The space helps provide a warm and inviting environment to showcase creativity and visual communication. It is a meeting point for the community and an area to come together as a creative family.

Designing for Playfulness
Children learn best in environments where different ways of learning are offered and both mind and body are activated. As Dr. Benjamin Spock said, “a child loves his play, not because it’s easy but because it’s hard.” During play, children are engaged, relaxed and challenged. Through a research-based understanding of current and emerging best practices, the SWIS team worked with the Harvard faculty and leading practitioners from around the world to envision how SWIS buildings can be better designed for playful learning in the coming decade and beyond.

Returning from the LEFT program, the SWIS team used the principles learned to improve the renovation plan for the Early Years and Primary Library. In particular, SWIS was inspired by Dr. Rosan Bosch’s six design principles about connecting pedagogy and design. This principle conceptualizes the learning environment in terms such as a “Mountain Top”, “Cave”, “Campfire”, “Watering Hole” to describe configurations of the physical framework to direct the interaction and communication among the people in the space.

By adopting the theme of “The Ocean”, the SWIS Early Years and Primary Library encourages exploration and creativity within a playful educational setting, which incorporates choice, wonder and delight. The design of curved patterns and giant water waves on the ceiling contribute to sound absorption. The feature design of the underwater tunnel and cave serves to engage and motivate young learners’ imagination. The design creates a connected yet quiet space where the children can concentrate as they read and learn, or just hide for a quiet break. Students were very excited upon the completion of the renovation.

At SWIS, we believe that space is a critical part of the learning process. Learning space greatly influences the learner, both psychologically and behaviorally. For this reason, SWIS will remain committed to creating learning spaces that entertain, foster interaction, as well as support the school’s culture, educational philosophies and curriculum.